When trying to decide between the Saalt Cup or Saalt Soft it can be hard to know which will be the the right one for your body. Today’s Saalt Cup Review covers both the original “average firm” Saalt Cup and the “average soft” Saalt Soft. These menstrual cups are identical in their shape and sizing options – they only differ in firmness.

What does Firmness Mean?

When discussing menstrual cup firmness, we mean how much “resistance” to squishing the cup’s material has. A cup that is easier to squeeze and gives very little resistance is a “soft” cup. If the cup is harder to squeeze and bounces back quickly it is considered “firm.” There is no industry standard measurement for menstrual cup firmness, mostly due to the complicated and subjective nature. Silicone material firmness does have what is called a “shore score” but that number isn’t the only thing that contributes to a cup’s firmness. The shape of the cup and the cup’s rim, which may be firmer than the body’s shore score because of thickness, also contributes. A “squish test” visual comparison confirms that the Saalt Soft is less firm than the original Saalt Cup. Squish tests are not a scientific or reliable measurement but it does give you some idea of how they compare in firmness.

Why does Firmness matter?

To insert a menstrual cup you need to fold it first. Softer firmness cups, like the Saalt Soft, are easier to fold and keep folded while inserted. The Saalt Cup, which is firmer, might be hard to keep folded while inserting when you first use a cup. That gets easier with practice. The Saalt Cup is firmer than the Saalt Soft and this means it also has more “resistance.” This makes getting the cup open and sealed inside you easier than a soft cup, which sometimes needs additional maneuvering with your fingers to get open. Firmness also matters when it comes to the comfort of wearing your cup. Softer cups tend to be more comfortable during wear. This is because the cup applies less, or no, outward pressure. Remember that “resistance” that made the Saalt Cup easier to open? That resistance and firmness during wear may apply pressure to your bladder or urethra that is uncomfortable. Firmer cups like Saalt Cup are usually best if you’re a very active person who does high impact exercises or weightlifting. Firmer cups stay in place better against muscle movement from strong pelvic floor muscles.

Who is the original Saalt Cup best for?

Who is the Saalt Soft best for?

Find the right Size and Firmness for you

Saalt Cup is such a good “first-time” and “average” cup that it’s a popular outcome in the Period Nirvana quiz. It’s a good idea to take this quiz to find the best menstrual cup for you – it may be Saalt or you may be matched with another brand. Either way you will have a great idea of what your body needs! Or, if you just know the Saalt is a good cup for you but don’t know which firmness to choose, there is a new Twin Pack with the Original and Saalt Soft.

I’ve tried both the Saalt Cup and Saalt Soft. In fact, I collaborated with the brand and helped design the Saalt Soft.* It was intended to solve a need that existed at the time and clearly it has – it’s a very popular cup and I’m proud of the immense success and good reviews it has received. It just goes to show that when brands listen to the experts (who listen to the community) period-havers win. *I no longer have a connection to the Saalt Soft or brand financially with the exception of being a retailer, a fact I feel important to point out for the purpose of my review for transparency.

I’m able to wear both cups comfortably and always appreciate the ease with with the original, firm, Saalt Cup opens. The original Saalt Cup doesn’t cause discomfort or bladder pressure for me but can contribute to a slower urine stream. For that reason I prefer the Saalt Soft of the two firmnesses. The Saalt Soft was really an almost perfect cup for me, combining the shape/length I liked from the original Saalt Cup and the firmness I preferred that was similar to another cup I loved, the Sibell (hard to find in the US back then but now available white labeled as the Sustain Cup.) In the past I’ve found myself using both depending on my body. During times I felt swollen and a little sensitive I used the Saalt Soft. If I felt my body wanted an easy opening cup I’d used a firmer cup like the Saalt Cup. The more you know your body the better the experience you can have!

Is Saalt A Good Starter Cup?

One of the reasons Saalt is a brand I suggest to first-time cup users is that the length and sizing works for most people. The size Small is actually quite petite (holds 25 ml) and a great introductory menstrual cup. If you need a smaller cup they recently launched the even smaller Saalt Teen. Their size Regular (Saalt’s version of a size Large) holds the right amount that is plenty for an average period (30 ml). It holds enough for a full 12 hour wear on a heavy day for me. The length of both cup sizes with the stem removed will also work for people with an average or even slightly below average cervix. Unless you have a low cervix the Saalt Cup in any firmness is a great cup to start with. It’s always a good idea to measure your cervix height before you purchase your cup.

Many popular cup brands and “available on shelves” brands are longer than the average cervix height, including the Flex Cup shown above, and the popular brand The DivaCup. This gives first-time users who know nothing about their cervix height a bad experience when the cup is too long for them and doesn’t fit comfortably. Saalt Cups are the perfect starter length and diameter and work for the largest percentage of menstruators. Is the Saalt Cup the best cup in the world? No, because there isn’t such athing. It’s not even my favorite cup! It was designed to work for most people out of the box and both the Saalt Cup and Saalt Soft achieve that goal beautifully.

Where to Buy: Period.Shop carries the full Saalt Cup line and orders over $35 ship free (US only shipping) 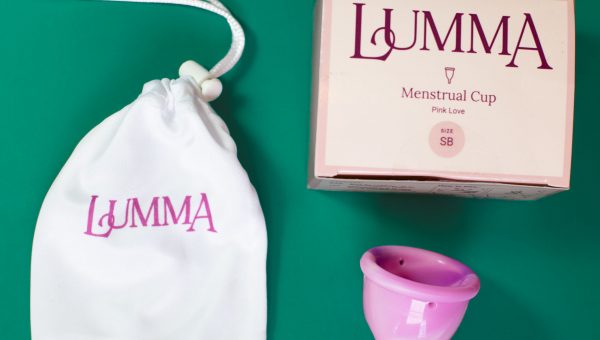