What is a menstrual cup?

A menstrual cup is what is sounds like it is. A cup shaped reusable receptacle for catching period blood. It’s folded, inserted, and placed inside the vagina and sits below the cervix. It works by created a leak-free seal all around the rim and in most cases creates a suction when sealed.

What is a menstrual disc?

A menstrual disc is also a lot like it sounds like, it’s a disc or bow shaped receptacle for catching period blood. It’s folded longways to insert, placed inside the vagina, and sits below the cervix. It works by opening and catching the blood and taking up the space around the cervix which is like a “tent” and unlike cups, does not create a suction.

Differences between cups and discs?

While they appear at first glance to be very similar they are quite different in some very important ways.

If they’re different, which is best – cups?

Now, what do these differences mean to you when trying to pick which product is best?

That’s a tricky one. It’s fairly easy to help you select the best cup for you based on a number of factors, including age and your physical activity level. There is a lot more to it which is why The Cup Quiz x Period Nirvana has been designed to account for those factors, but distilling it I can say I’d be better at predicting if a menstrual cup will work for you than a disc.

Cups rely on your muscle tone to stay in place, and since they sit below the cervix you can reliably place them without error easier than a disc. You need to know less about your anatomy and you don’t need to reach far inside to place or remove a cup. This alone makes a cup more appealing to first time reusable users who are trying to choose. I know for me I was introduced to a cup before I had ever even seen or heard of a disc, and once I saw a disc I had a hard time imagining how it worked, fit, or why in the hell I’d like it.

I don’t want you to get the impression discs are bad, in fact, I am a huge fan of them and would now say I like using a menstrual disc better than a cup! That said, I’m still cautious to say they’re something to try when you’re new, but I have some exceptions to that opinion.

The variety of cups is overwhelming and that can be good for finding your perfect cup, such as low cervix models, various firmness levels, different shapes and different rims or stems. It’s a schmorgasboard of options in design and in colors! Many times people can get a cup to work on their first try but find their perfect golidlocks cup on their second cup, mostly because they can suss out what they don’t like about the one they’ve tried and then pick a cup that suits them even better.

If they’re different, which is best – discs?

Reusable discs are a horse of another color. With just three brands widely available on the market to the US currently, Ziggy, Lumma, and Nixit you would think it was harder to find the right disc. On the contrary, because discs are so simple in how they work it’s really just about finding what you like to insert and remove above sizing or firmness. 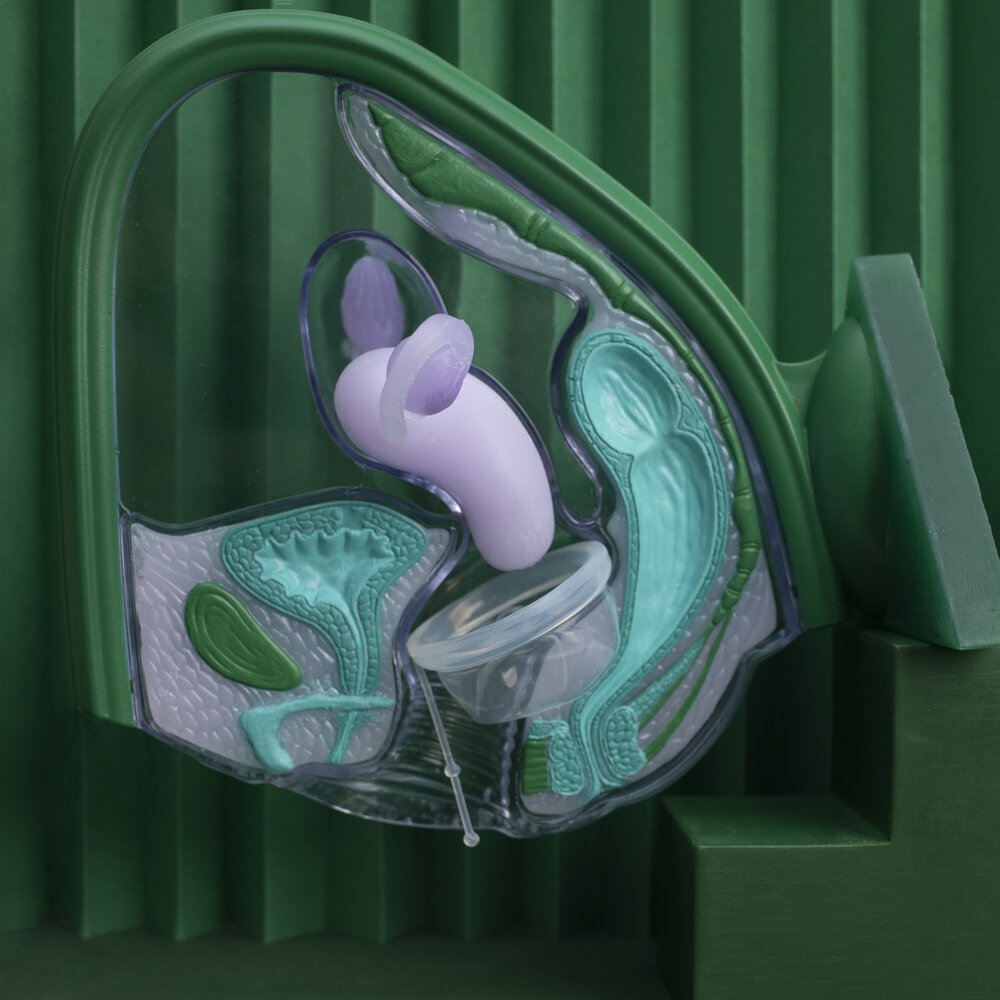 Discs sit in what is called the vaginal fornix, this name comes from latin meaning “arch” because around the cervix there is a tented area that’s wider than the actual vaginal canal. If you’re using a disc, it’s not a concern if you’ve had a baby or not, if you’re active or not, if you are prone to sensitivity or not, because this cavern is a vast wasteland of nothingness that’s practically identical to anyone you know. For this reason, it’s actually easier to pick a disc for efficacy because they all work about the same and are about the same design and size. What differs is that the disc’s design may have a springier rim with more firmness, that can make it easier to tuck into place and insert. The Ziggy is the most different because it has to be inserted a certain direction. Some find this one a bit too wide and I would agree for my own use, but it’s not by a wide margin and it works ok most of the time for me. The Lumma disc did change things up by offering a few size options and a stem to aid in removal. It is closest to the disposable discs on the market in the large size, if you’ve tried and like those, and those smaller sizes are aimed at people with a lower cervix.

In practice the right menstrual cup or disc for you should both be comfortable and leak free. Cups are far more finicky and for this reason, can be harder to succeed with than discs if you aren’t careful about choosing your cup based on your needs and anatomy. Discs are just less finicky; if you are comfortable with the entire process of inserting and removing them, especially because of their messier nature, you could reach your period nirvana state sooner than with a menstrual disc.