When you’re new to menstrual cups your instruction manual will often detail one or two fold methods. This extensive guide and video will teach you several of the best menstrual cup folds to try. If you don’t know your Menstrual Cup Anatomy take a quick lesson; the terminology will be helpful for understanding this post.

I’ll be honest with you, there are two folds you will likely only use. The “Punchdown Fold” shown first in the video, and the “C-Fold” shown second. That’s because these are quick and easy. These folds work for virtually all typical menstrual cup shapes. There are some cup styles and shapes that work better with some folds than others. A more complex fold like the “Labia Fold”, is easiest with softer, thinner materials than firm and thick ones.

The “Punchdown Fold” is my go-to, especially when you’re new to cups. The tip is narrow, making insertion easier, and the fold allows you to have a grip on the “handle.” The handle offers you a place to hold and keeps it folded well during insertion.

The “C-Fold” is just a “boom, done!” kind of menstrual cup fold. This is the one experienced cup users often transition to from the Punchdown when they’re comfortable. The entrance point is wider (though not obscenely huge) and it’s FAST. The reason I don’t think you should begin with this fold is that it tends to open up prematurely during your attempted insertions. That can be avoided by using a second hand and keeping the tip closed while initially inserting, then pushing the cup the rest of the way inside with the hand holding the base.

The “7-Fold” and “Triangle Fold” are nearly identical, the difference being how far down your bring the top rim of the cup towards the base. If you have trouble getting your menstrual cup to open with the other two folds, this is a good one to try. The Triangle variation is a narrower point of insertion, but also means the cup has more work to do “inside” to open fully.

The “Diamond” and “Double Diamond” folds are my least favorite, however, I included them because there seem to be a fair number of fans who use and like them, especially the Double Diamond. My perceived confusion about this fold is that the cup needs to open from a “rim down” position, and this is more work for the cup to achieve than unfolding from most of the other folds here. It’s my least favorite of the folds I’ve included in this video, but not my least favorite fold. That honor goes to the “E-fold”, which is a nightmare and has no redeeming qualities to me.

The “Origami Fold” (also called “Tulip Fold”) sounds intimidating to perform, but in principle, it’s a basic fold. You do, however, have to train yourself not to muscle memory it into a punchdown fold. Take the rim and give it a shallow punchdown, then pull one side over on top of itself. This one feels hard to convey, even visually, but it is another compact fold that’s simple to do.

The “Labia Fold” is a bear to get right, but if you can do it this fold is the smallest overall diameter in both the tip and the body. Most of the other folds are either a larger overall diameter, like the “C-Fold,” or they taper from a smaller tip to a wider body. For this reason, the Labia Fold is best for those who are having trouble inserting a cup due to the size. You pull the rim down on one side into itself, creating a “pocket” in the cup. Then, pull the left and right sides in around itself and roll together into a long thin shape that aptly very much resembles a labia. Sometimes there is a nub that sticks out (the pinched and folded rim), which you can use to push against to help open the fold. It can depend on your cup if you can get this fold to have that nub or if it falls flatter, as mine shows. Getting the nub to stay is difficult for me to do. You need a fair amount of dexterity. Thinner, less firm cups, do well with this fold.

These folds are not my favorites but just in case you want to try them, or are simply curious, here you go!

The “S-Fold” has one redeeming quality, though hard to get folded and a large diameter, it has so much tension it may open with enough force to fully open for someone having that issue.

The E Fold is like a modified C-Fold; it doesn’t appear to reduce the diameter but is harder to perform. All the hassle but the same or fewer redeeming qualities as the C-Fold… makes sense.

Tips for Getting Your Cup To Open

For any style of cup fold, there are a few techniques you can try to help your cup open if it’s being stubborn. Each listed is one idea; these are not intended to be done sequentially as steps. You can also try multiple fold styles and try positioning your body in different angles while inserting, which can affect how well the cup opens and seals.

If you’ve exasperated your folds options and body positions and these tips above, it’s possible your cup is either a. too wide of a diameter for you and/or b. too soft in firmness. Most people get their cups working in 1-3 cycles; if that’s not you then it might be the cup’s fault.

As much as we want to believe we can buy one cup and succeed right away, it’s not always the case. Sometimes the cup we buy, well researched or not, isn’t the right cup for us. Some things are impossible to know before you try a cup and often firmness is the one that causes the most unknown troubles. Some bodies are better suited for a firmer, or softer, menstrual cup. Only after trying a cup once do we have an idea of what works best for the next one! Firmer cups open easier than softer cups and have more outward “spring” force. They simply want to open and no fold can contain them! This also means they’re a bit harder to fold and to keep folded during insertion, but with practice, you will get there.

Try Period Nirvana’s Menstrual Cup Quiz if you need help choosing your first, or even 2nd or 3rd menstrual cup. The quiz is designed for new and experienced users alike and will ask you questions about your current cup troubles if needed.

Since menstrual cups leave your body unfolded this can sometimes be uncomfortable due to their wider diameter on exit than entry. See this post on how to remove your cup painfree. 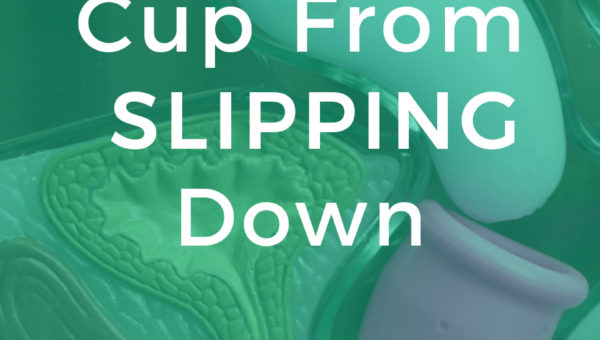 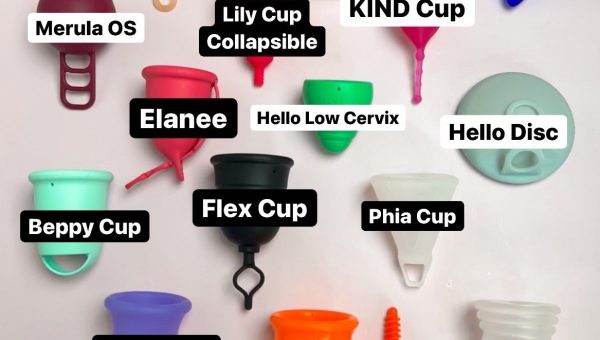 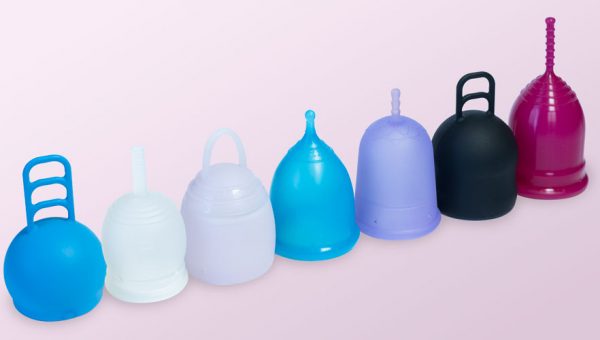