A viral Tweet from conservative writer Christopher Rufo caught my eye recently. The Tweet accused Disney of “engineering the discourse around kids and sexuality” in their new show, Baymax! on Disney+. I was immediately excited to watch it based on the “controversial” preview for the “period episode,” or episode 3.

Baymax is the beloved “nursebot” who first appeared in Disney’s Big Hero 6 movie. This inflatable robot exists to help people with their medical needs. In the new streaming Baymax! series, he helps various members of his community in the six short episodes.

In episode 3, Baymax is alerted to the medical needs of a middle school student named Sofia. She starts her first period during the school day and is unprepared, both mentally and physically.

Sofia shuts herself into the all-gender restroom. She panics about everything, as you do when you get your first period. Disney depicts the daily, real-world struggles that people with periods face at all ages, but especially pre-teens.

The school’s period product dispenser was empty. Sofia, like millions of people have done in a pinch, rolls up some toilet paper in what is sure to become a makeshift pad.

Because Baymax is a robot, he isn’t burdened by period stigma or aware that some people think of periods as “dirty” or “sexual.” Periods are simply natural and inevitable for half of the population. His robot analytics don’t factor in stigma and learned shame.

Baymax uses his nursebot skills to calmly handle the situation. The first order of business? Sofia needs a period product so she can leave the bathroom and compete in the talent show. So, Baymax heads to the period aisle.

Why Is the Period Baymax Episode Controversial?

In the next 30-second scene, Disney manages to provide a cathartic moment. Understandably, Baymax is overwhelmed by options in the period aisle. He asks someone for advice.

He is suddenly surrounded by helpful shoppers offering their suggestions for tampons and pads. “Thank you” is heard over and over as boxes pile into Baymax’s puffy arms. “Try these unscented and unbleached tampons.” “These are great for a first period.”

One shopper, in a trans flag shirt, suggests pads with wings. The choice of the shopper to wear a striped shirt with the colors of the trans flag was intentional. Disney wanted there to be no ambiguity.

Trans men can experience menstruation, too, which is why this moment was so important. This 1-second exchange turned on the happy tears for thousands of trans men and nonbinary people who have never seen themselves in an animated show BUYING PERIOD PRODUCTS.

Also represented were fathers buying products for their child. This utopian period aisle is what we all wish was real. The tampons are fully stocked during a tampon shortage, and there’s a friendly community response.

The Realness of Dealing With Periods

With what must have been hundreds of dollars worth of products in his arms (let us have this pretend fantasy moment), Baymax returns to help his patient. His speech to Sofia should be played at every middle school.

My 13-year-old son and I watched it together. When Baymax brought up the “how to use a tampon” video, we both lost it laughing. As I am a period products educator, that one hit us both close to home. Sadly, it was not a Period Nirvana demo projected on his giant belly screen.

Periods have long been used as a marker in life to begin “womanhood” or mark “maturity.” The thing is that not all people who menstruate are women or will become women, and children as young as 8 or 9 can experience their first period, so they are also not women. Baymax simultaneously comforts Sofia about growing up while reassuring her that she is still a kid, as it should be.

Baymax convinces Sofia to leave her comfy bathroom toilet paper castle just in time to compete in her school talent show. This is a nod to the fact that periods can be inconvenient, but they don’t always have to stop us from doing what we love.

First, conservative parents and others were upset about the period talk in Turning Red. Now they are now irate at Baymax for the frank discussion of periods and seeing a man buying pads for their own period. They are upset for reasons that stem from religious indoctrination to the sexualization of periods. But others are just crying tears of joy for the moment of inclusion and the normalization of periods.

Regardless of how you feel about Disney, they knew what this episode would bring. The decisions made behind the scenes to move forward with it really do make a difference. 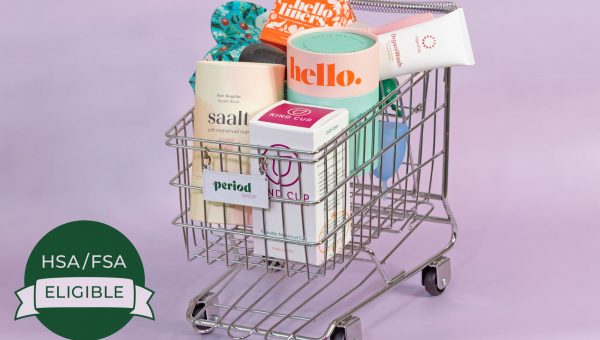 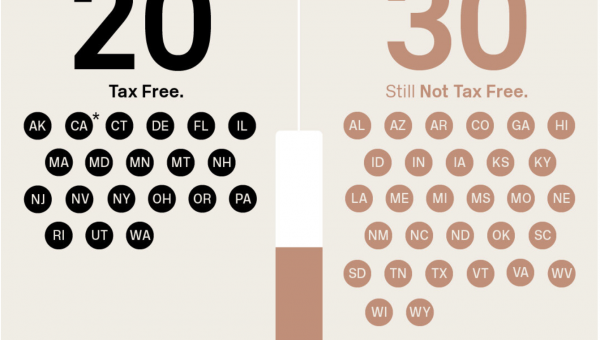 End the Tampon Tax in South Carolina: Here’s How to Help